The dream of riding one of the fastest bikes in the world lives within all of us, especially to experience that thrill of reaching one-hundred and plenty miles per hour on an open road with no cops around.

If the opportunity ever presented itself, what you want to right? Would you want the bike with the biggest engine and most power and the one that looks the best and goes the fastest? Well, the choice is yours and to help you decide, here are some of the fastest motorbikes in the world. 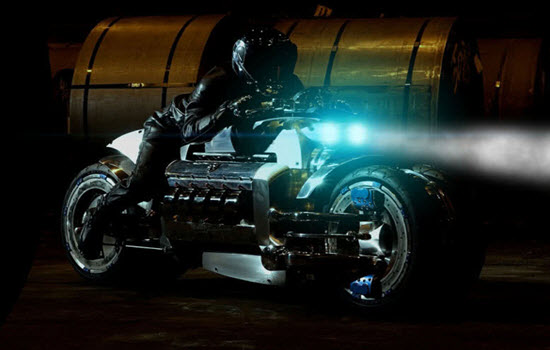 As the world’s fastest production bike, it’s rather surprising that only 9 of these monsters have sold. It features a mind-blowing 8.3 litre V10 motor from the Dodge Viper SRT 10 and produces 500 HP. To handle this amazing power, the bike has four wheels, two in the front and the other two at the back, which are spaced closely together, giving the Tomahawk the ability to reach 60 miles per hour in just 1.5 seconds all the way through to a top speed of 420 miles per hour. 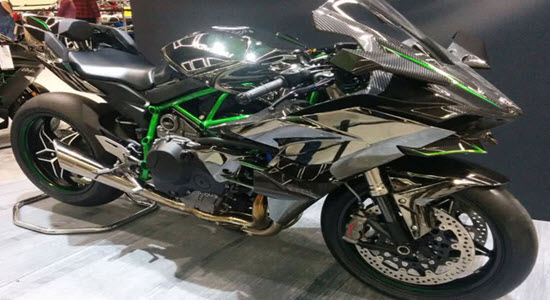 Now we get to a bike that’s become a hero in the bike world and is known as the fastest 2-wheeled production bike in the world. The H2R manages this incredible 300 HP power and a top speed of 249 miles per hour from an engine with 998cc. The benefit of the singe and comes in with the special super charging tool that helps it run to incredible speeds. To get this power to the road as quickly as possible, it also features a 6-speed god-ring gearbox for super fast shifts. 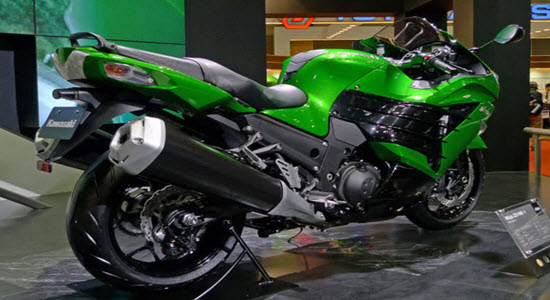 When you consider the second and third place of those lists, it is easy to see Kawasaki is aiming to hold the speed demon reputation in the motorbike world. Here we have the XZ 14R that was one of the first bikes to introduce a 1400cc engine into a bike. It comes with the same bright green colours, which expected to look like a green blur as if flies by at speeds of up to 208 miles per hour. It is driven by a 1441cc engine that produces over 197 BHP. Even though it is quite a big bike, it still manages to reach 60 miles per hour under 3 seconds while 120 miles per hour can be expected in 7.2 seconds. 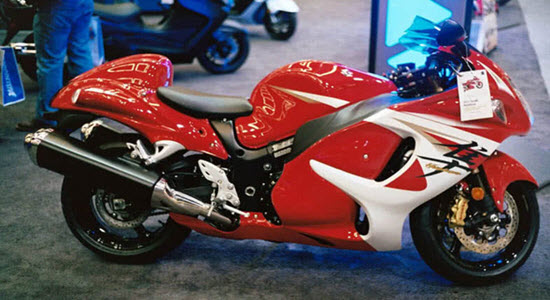 The Suzuki Hayabusa was the first bike to present a 1400cc engine and dominate the biking world as the fastest at the time of its release. The team at Suzuki decided to go all out by introducing a 4-stroke engine with double overhead cams, 16 valves and 1340cc. The end result produced 197 HP and 155 Nm, which is impressive even in a car that weighs a lot more and has twice as many wheels. The Hayabusa still manages to turn heads to this day with its aggressive stance and the ability to run up to 194 miles per hour.