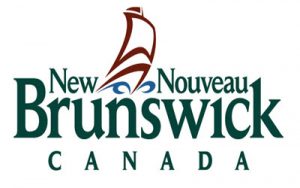 In New Brunswick, the most vulnerable of all road users are the motorcyclists. It is a proven fact that motorcyclist is 7.5 times more vulnerable and more likely to be involved in collisions or to be killed than any other motorists. The number of New Brunswick registered motorcycles increases constantly and has almost doubled just in the past year, on average a high percentage of 3.1% of all motorcycles are involved in collisions, and an estimated 11% of collision have fatalities. What has also increased is the number of deaths of motorcyclists due to collisions, therefore the New Brunswick Government has graduated the licence program and decided to change some certain aspects of the licensing program called the Motorcycle GDL.

In New Brunswick, the GDL program for all passenger vehicles have been hugely successful since its implementation in 1996, and this contributed to the decision to also introduce a GDL for motorcycling licencing. The program is in place to ensure new drivers graduate via the GDL program and is well prepared for the current high-risk situation. The experience is a great way to ensure new motorcyclist have all the knowledge they need to enjoy safety on the roads.

Apart from reviewing the risk factors faced by New Brunswick motorcyclists the GDL program for motorcycles from around the globe were taken into consideration. This resulted in the Motorcycle New Brunswick’s GDL program including a new program for a period of twelve months, and the minimum age for entry is 16 years-of-age. Any applicant under the legal age of 18 years-of-age requires a consent letter that is witnessed by a non-relative.

Participants are required to pass the motorcycling driving course successfully and have a zero Blood Alcohol Concentration during the length of the GDL programme no matter their age, while driving is not allowed from sunset to sunrise by any of the participants. No towing of a vehicle is permitted according to the Motor Vehicle act, and no passengers are allowed during the training period of the GDL program. All participants need to have their GDL license without any interruptions for at least twelve months and must pass a full road test before they will become fully licensed.