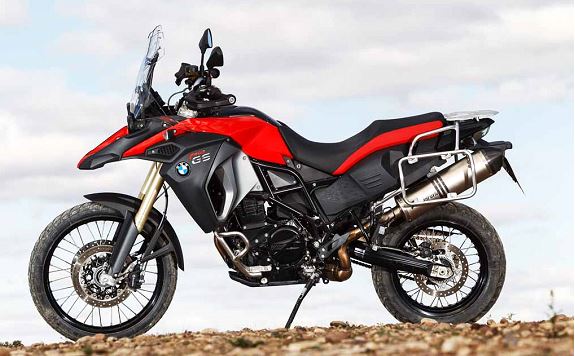 The BMW adventure series has grown to include multiple models, starting off with just the 650GS and the 1200GS you now have access to a much large variety. The 650 now comes in the new F700GS, which might be consider more of an on-road bike, but it still carries the off-road abilities of its older brother. The 1200GS remains the monster it’s always been, deliver 125bhp and having all the abilities you want from an adventure bike.

The manufacturer also introduces the F800GS, completing with the 1000cc bikes from other brands and simply smashing them all with one of the best designs that deliver the ultimate in adventure opportunities, in ways even better than the 1200! So, what makes the F800GS so good and why doesn’t BMW create a 1000cc adventure bike?

The F800GS Is the Companion for all Adventure

The 1200GS has always been somewhat intimidating to most who seek adventure bikes. It’s huge and doesn’t seem all that easy to get though tight spaces. Although, it really impresses with what it can do, but what BMW introduces with the lighter and taller 21” wheel F800GS simply calms all those concerns without substituting much on the power and ability of the 1200.
With just about all adventure riders being able to get through more places with the 800, how can you not want it more than the bigger 1200?

One of the biggest changes from the 1200 in the bigger and comfier seat that allows you to travel all day, but with 800 is far from uncomfortable and still sits much better than most competitors. The older F800GS also lacked the huge fuel tank, but with the introduction of the F800GS-A, you now get the same incredible distance, thanks to a massive 24-letre tank.
With the bigger tank beneath the seat, it’s no wonder BMW beefed up the front of the bike as well. Not only making it a little wider, but also including the bottom crash frame as well. Some would look at the wider bike and not be a fan but go ride it in rainy weather to discover just how brilliant this design is.

Those who’ve had the pleasure of living with the older F800 for a while would know it gets a little vibrational above 120km/h as the gearing on the bike is rather low to give it that additional grunt while off-road. The new bike has the same excellent off-road features but comes with another 33lbs that allows the vibrations to be a lot less and much better for long distance riding.

Then there are also small touches that enhances the benefits of the bike beyond believe. The throttle features a drive-by wire that makes it incredibly sooth, no matter whether you’re on-road, off-road or just in some sticky situation. Talking about those tight corners and stick spots, with a steering lock that’s 7% steeper than your average adventure bike, getting around objects, turning around or just knowing the option is there certainly makes a massive difference.