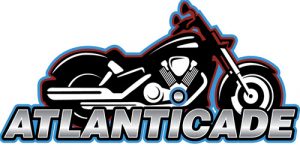 The New Brunswick Motorcycle Festival is the largest of its kind for many reasons including the passion of the relatively small executive committee, the extremely dedicated group of volunteers, thousands of participants that remain loyal to this excellent event and the enthusiastic community that is involved year after year.

Started in 2007 the New Brunswick Motorcycle Festival takes place yearly during June and offers four days of socialising, fun and the best live entertainment. Several different runs are part of the festivities and include the Dealer Poker Run, which awards the top three with gift certificates while the first day kicks off with the Moncton Summer Run and ends with the Ribfest. The Ribfest takes place on the festival grounds where several food vendors ensure great meals and live entertainment is available on the main stage right through the day.

With the second day normally arranged to fall on a Friday the events include a Fundy Coastal guided tour, a Test Your Metal event in which Harley Davidson offers some demo rides and for a minimal fee of just $10 the bikers get to enjoy the Legion Poker Run and enjoy a barbecue lunch. This year the live entertainment on day two included main stage performances by Ginger Kings, Ivan Hicks, Rik Reese and Izabelle Quellet Trio. 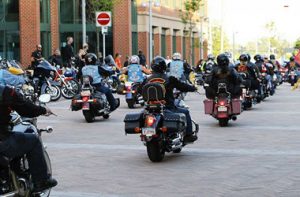 Day three offers a pancake breakfast meeting to the bikers after which the Acadian Coastal ride takes participants on a scenic ride. The Ribfest starts at about 11:00 and the mainstage performances include Kendra Gale Band, CHAOS in the Park as well as Sweet Surrender. One of the highlights of the third day is the Atanticade Sweepstakes Draw that offered a 2018 Kawasaki Z650 this year as its grand prize, thanks to the involvement and sponsorship from Kawasaki.

The fourth day comes much too quick according to everyone who takes part in this fun and highly enjoyable event and from 9:00 to 11:00 the closing awards breakfast takes place at the Delta Hotel. To keep the spirits high even though the event comes to an end on this day several top performers keep the attendance entertained and once the Ride for Dad’s is over the Thirsty Rangers Band performs on the main stage. It’s a day of rewards and trophies, and even the ribbers of the Ribfest gets their trophies at around four, white performers such as Mike Baggar, Unforeseen, and Ivan Daigle keeps the main stage performances in high spirits.

Next year the 13th New Brunswick Motorcycle Festival will take place around June, although the dates have not yet been confirmed keep an eye out for the specials offered by hotels that actively participate in the event by offering reduced rates. See YOU in New Brunswick, Canada in 2019!